Posted by Jamie Schneiderman on September 9, 2014 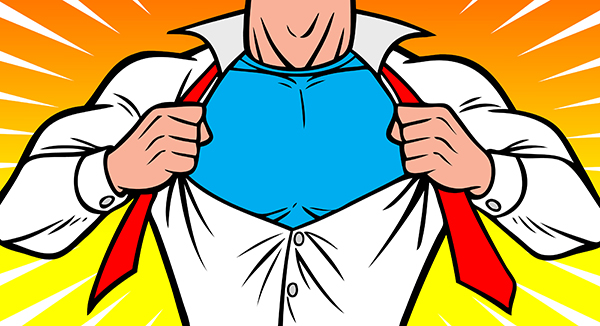 Behind every customer is a story, a reason that ClearFit has made sense for them. Today we shine the spotlight on Jeff Greenberg, President of a Dominion Lending Centre in Markham, Ontario.

“I never would have hired one of my star employees,” Jeff said. “That actually has me a little rattled. It’s also taught me something I’m going to use to help me build a great business.”

Jeff started his business—a mortgage franchise—a year ago. The thing is, he came to the business with a ton of hiring experience. Over his career, he’s hired over 400 people. While it was always vital that Jeff get hiring right, the stakes were particular high for his new business.

“This is my own business,” Jeff said. “I have a lot on the line. If I get hiring right, I’m going to build the kind of business I dream of—a place full of great people who love working together. If I get it wrong, it’s going to be painful—for me and everyone else.”

As an experienced hiring manager, Jeff knew how challenging it could be to get the right people in the right spots. Like anyone who’s had to hire people, especially lots of people, Jeff’s had to contend with the unfortunate reality that a lot of hires just don’t work out. In fact, he was used to seeing only one in four people succeed.

Over the years, he’s fought hard to change that ratio by experimenting with different hiring solutions. “I’ve tried to hire by recruiting through the industry,” he says. “I’ve tried to bring in people from other industries. I’ve tried various hiring systems. But I’ve never really been able to improve the odds of hiring someone who will actually make the difference you hope they’ll make—it’s been very hit and miss.”

Early in the hiring process for his new business, Jeff was able to bring on about a dozen strong agents, mostly people he’d worked with before or knew. But after that, he hit a wall and struggled to find good people. Because he has to spend time on all his other responsibilities—like marketing, running seminars, working with agents to close deals—he could really only devote a few hours a week to hiring and training someone new. It was precious time he couldn’t afford to waste on the wrong people. “I needed a reliable way to find good candidates,” Jeff said. “I also needed a way to make better hiring decisions.”

It was Jeff’s drive to improve his hiring success ratio that kept his experimentation going—and what ultimately led him to check out ClearFit. And it was while using ClearFit that he discovered a candidate that he normally would have overlooked.

As an experienced hiring manager, Jeff was used to looking at people’s resumes as a first step to screening them. “I’ve been trained to use someone’s resume in my initial screening. And for whatever role I’m hiring for, I look for certain things. If I don’t see them, I’ll move on. But the ClearFit system goes beyond the resume.”

The Candidate Who Didn’t Tick All the Boxes

As Jeff explained, “The ClearFit system takes a deeper look at someone, at their personality and what motivates them, and it uses that to suggest who I should consider hiring. And so, when it came hiring an agent, I got a suggestion I would have overlooked if I had just considered her resume. She didn’t tick all the boxes I normally look for. But according to ClearFit she was a strong fit—someone highly likely to succeed in the role.”

As Jeff now knows, anyone applying for a job posted through ClearFit must complete a 12-minute survey. That survey assesses key personality traits and rates the candidate on whether or not they possess the critical attributes of people who have proven to be successful in the role they’re applying for.

Jeff ended up hiring the candidate that ClearFit identified as a Strong Fit and was stunned. “Within two weeks she had two deals in the pipeline. Most agents who come on board don’t have a deal in the system for a couple months. I would have never have guessed this would’ve been the right person.”

The lesson that Jeff took away from hiring this agent, as well from another successful hire made through ClearFit, was that there are key characteristics of great candidates that he hadn’t been paying attention to. “But I also realized that I never had a way to get the insights into those characteristics,” Jeff said.

“Even if I got someone into the interview process, there was only so much I could learn about who they really were,” Jeff added. “But with the profile of the candidate that ClearFit provides I get to see what makes them tick. Of course, the other thing I learned was that by using resumes as my primary screening tool I was rejecting people I should have been considering.”

Jeff further added, “ClearFit has taught me that there’s only so much I can do on my own—and that I need a partner—a system—to help me hire people who are actually going to succeed.”

That’s the big takeaway for Jeff—by having a system that identifies the people he should really consider bringing on his team he’s able to at last win the fight against the 1-in-4 ratio. He’s used ClearFit to hire several more reps. And because of that, he’s been able to start building the team he needs to grow his business.

Have you ever worried that you’ve overlooked someone by judging them based on their resume? Share your thoughts below.

Have you ever hired somebody who wouldn’t even show up for work on their first day? Check out our customer story on Steven Wieske, operations manager at Converting Technology.