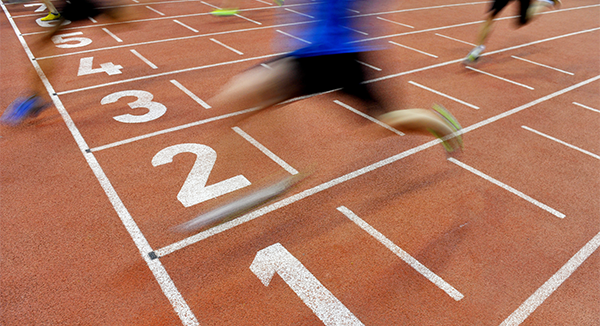 In October 2001, Sean McDade, the founder of PeopleMetrics, looked down at the document lying on his desk–a term sheet for a $250,000 investment in his startup. His employees had gone home for the day, and as he sat in his office alone, he considered how the funds could add five new employees to his team of three. He could also use the money to move his team from their cramped, one-room windowless office in north Philadelphia into a less amateur space downtown.

McDade had dreamed about this moment. He should have been celebrating, but instead was overcome with despair. He couldn’t accept the funds, not in good conscience. Not given what had happened to his business in the past few weeks.

It was a dark moment for McDade, and as he struggled with the offer, he reflected on the journey that led him there.

A year earlier, McDade was working at a company in San Francisco that delivered real-time market research to its clients. The ability to deliver real-time feedback was cutting edge, and McDade wondered if he could apply it to employee engagement, a field in which he had years of experience. So he started to dream about opening up his own business to help companies get real-time employee feedback via the Internet, so they could quickly respond to morale issues, improve engagement, and increase productivity. McDade eventually decided to follow his dream, so he quit his job and founded PeopleMetrics.

Soon after setting up shop, PeopleMetrics started working with several companies who were thrilled with the service and the results they were seeing. Word began to spread about McDade’s business, and his pipeline of prospects filled up. Based on this promising beginning, he started hiring and eventually received interest from a venture capitalist.

It was shaping up to be a spectacular opening year for PeopleMetrics–until the terrorist attacks of 9/11.

Given the economic uncertainty that fell over the nation, PeopleMetrics’ clients began slashing budgets, including those in HR, which meant they couldn’t pay for new employee engagement solutions. By the end of October, PeopleMetrics had lost all of its business. Ironically, the interested venture capitalist, who had so strongly believed in the future of PeopleMetrics, sent his term sheet at the same time.

So McDade, with an investment offer but no business, did the only thing he could live with. He called the venture capitalist and told him the truth, and that he couldn’t take the money.

Without funding or revenue coming in, McDade couldn’t afford to wait things out until HR budgets returned. Nor could his employees, who relied on him for employment.

The thought of closing up shop sickened McDade, and he racked his brain for a way to keep his business afloat.

The Search for an Answer

To search for an answer, McDade thought about what PeopleMetrics was all about. They helped companies improve employee engagement. But why did that matter? Engaged employees created better experiences for customers. The happier a customer, the more they buy, and the more they recommend the company. So, maybe in a sense, PeopleMetrics was really in the business of helping its clients create better customer experiences.

Could McDade move directly into customer satisfaction and experience? Fortunately, he had named his company PeopleMetrics, not EmployeeMetrics, so the move would simply expand the meaning behind the word “people.” McDade also sensed that his work in employee engagement would create a valuable customer experience offering, because he understood the connection between happy employees and happy customers.

He began to get excited about this potential pivot. It would only work, of course, if companies had budget for that kind of customer work. But McDade believed, no matter how shaky the economy, corporate America would always be willing to invest in improving customer satisfaction. If that was so, McDade could keep bootstrapping PeopleMetrics by finding clients looking for such a solution. McDade left the office that night with his plan for pivoting the business.

When McDade came in the next morning, one of his employees pulled him aside. The employee knew they had no more customers, and he was going to make things easier on McDade … by resigning.

This broke McDade’s heart. He responded there was no need to resign, because the company was going to keep going. McDade had a new plan. The employee trusted McDade, so he decided to hear him out.

The employee loved the new plan, as did the rest of McDade’s team, in particular because it wasn’t just a random opportunity. It was something that came from PeopleMetrics’ vision to help companies improve profitability by focusing on the happiness of their people–a vision they all believed in. And so, passionate about the new approach, the team started redesigning the product for a new market, and calling on marketing departments.

McDade’s belief was affirmed: companies still had budget for the kind of real-time customer feedback that PeopleMetrics could offer them. Over the next few weeks, McDade tapped his network, and his team found enough clients to keep the business afloat. McDade was also correct that his employee engagement work added value to his customer offering. He was able to show his clients that great experiences of individual customers were directly tied to specific employees. And clients could use those experiences (and those employees) to improve interactions between all their employees and customers. Impressed with the results, these new clients began signing long-term contracts, which allowed McDade to begin hiring more product development and sales muscle.

Momentum built through the following year, and in 2003, with his team now numbering seven, McDade finally moved into a new office. By then, HR budgets had returned, and PeopleMetrics was able to revive its employee-focused line of business, which would eventually account for 20 percent of the company’s revenue. PeopleMetrics continued to grow year over year. Today, it has 30 employees and lives in a high-rise tower in the city center. Its current office is its fourth–and it has lots of windows.

McDade often thinks back to that crisis in 2001, and how he could so easily have lost his business if he hadn’t discovered a way through.

We found McDade’s story an inspiring one. It’s a story of determination, but it’s also a great example of how to handle being blindsided. As we see it, the key to McDade’s successful reaction to his crisis is that he didn’t pivot toward a random opportunity. Instead, he dug deeper into the meaning of his company. He went to the root of what PeopleMetrics was all about, and he discovered a new opportunity that fit within his company’s vision.

McDade found that he could draw on the business’s existing experience to add value to a new service. And perhaps, just as critically, he was able to rally his team behind it–because they believed in the vision of PeopleMetrics. McDade knows his team is what allowed him to not only get through the crisis, but also become part of an elite group of entrepreneurs with businesses that are still thriving nearly fifteen years after they were founded.

Although we at ClearFit haven’t had to endure the level of crisis PeopleMetrics experienced, we can attest to the fact that the only way we’ve been able to get through the many challenges we have faced since our founding in 2007 is by connecting with our deepest purpose. In the most challenging moments of business, often the best course of action lies in believing in what has brought you this far–and building on it.

This post, “What If Your Customers Suddenly Disappeared?” appeared first on Inc.

The Secret Behind the Startup That Ballooned but Almost Popped