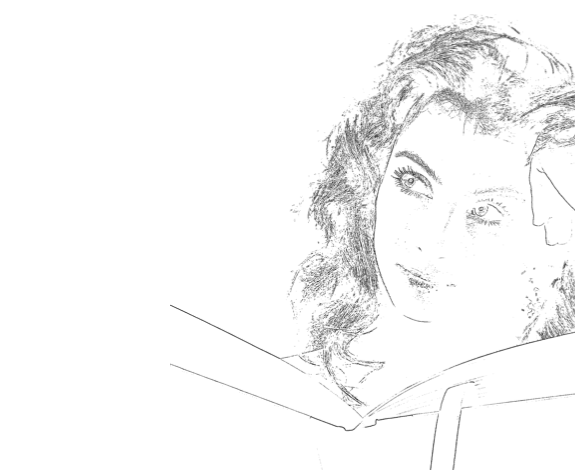 Imagine this: a new piece of technology comes along that could dramatically increase your team’s productivity. That’s great news, but it means the people on your team need to learn something new. And learning takes time, sometimes lots of it. Unfortunately, some recent research reveals that the way most of us are taught makes learning something new more difficult than it could be.

Let’s take a simple example from one of my favorite sports, tennis. I remember a time when I needed to work on my crappy forehand, so my coach booked some lessons to focus on that. We put in gruelling sessions where I hit forehand after forehand, trying to perfect new techniques. This approach makes perfect sense—if you believe that practice makes perfect.

Problem is, recent research has poked a big hole in the practice-makes-perfect adage. According to that research, a dramatically better way for me to improve my forehand would be to mix up the lesson with other shots, like backhands, volleys, and serves. I’d be hitting a lot fewer forehands, but I’d be learning new forehand techniques way quicker.  (Oh, all those games I could have won if my coach knew this.)

Researchers call this mix-it-up approach to learning “interleaving.” As a recent article in PsyBlog puts it, “interleaving has been a secret largely confined to researchers.”

One particular study applied interleaving to how students learn math, something that most people find really hard to learn. They compared the typical teaching approach of focusing on a specific math technique, to an interleaving approach that involved learning different techniques during the same session. (Both groups were taught for the same amount of time.)

In a day and age when innovation demands constant learning, this bit of research is timely. So, next time your team needs to adopt new skills, try some interleaving. If you’re a health care leader who wants to introduce a new medical device to your practice, perhaps your training session could involve multiple devices, or at least a variety of techniques for the same device. If you’re a sales leader who wants to teach your team new closing techniques, perhaps you could practice opening and rapport-building tactics along with new closing approaches. The point is to not fall into the trap of thinking that the only way to learn something new is to focus all your learning time directly on that item.

Posted by Jamie Schneiderman on February 18, 2016

Here’s a challenge a leader I know faced last year. Paul was head of a customer service team for a company that had recently launched a new line of products. Soon after the launch, it became clear that Paul’s team was struggling to provide the same high quality of customer service they normally provided for their existing products.

The team was having trouble because the new products were aimed at a target market that was more sophisticated than the markets the team was used to dealing with. To meet the new customer service challenge, Paul knew he would have to upgrade some of the team’s skills, such as communication and creative problem solving.

So Paul looked for a training solution.

After evaluating a few vendors, he chose the one that seemed to understand his needs best. They had the best content. They also used state-of-the-art technology, with mobile apps and gamification, and offered to customize the training to the different learning styles of his team members. They weren’t the cheapest option, but they gave him the most confidence that the training would be effective.

The training workshops seemed to go well. Most participants rated it very highly. Paul himself enjoyed it. But within weeks, it became clear to Paul that the performance of his team hadn’t improved much. A couple people became successful, a few others were doing slightly better, but the vast majority were still struggling.

Needless to say, the results frustrated Paul. He had spent a sizeable chunk of his annual training and development budget on this initiative. When he reached out to the vendor, they offered to come in and do more training…for more money, of course.

I heard Paul’s story a few weeks ago, when a mutual friend introduced him to me at a social event. Because I’d spent 10 years of my career as a principal in a training company, Paul asked for my opinion on what I thought had gone wrong and what he could do about it.

As I shared with Paul, my many years spent in the training industry did teach me a few things about training. Unfortunately, one of those things is the sad fact that a lot of training simply doesn’t work. As The Wall Street Journal has reported in an article titled “So Much Training, So Little to Show for It,” “Companies devote a lot of time, effort and money to corporate training—with little to show for it.” U.S. corporations spend over $150 billion in training annually, and many don’t see real ROI on their training investment. In fact, 90 percent of new skills are lost within a year.

As I also shared with Paul, this doesn’t mean that training never works. But it does mean that anyone considering a training intervention as a way to improve performance should be wary of myths that many training solutions suffer from—some of which are enduring, and quite surprising. Here are four that appeared to affect Paul:

The basic premise of this myth is that there are different styles of learning. Some people are visual learners, others learn better when listening, or doing hands-on activities. While it’s true that people have their preferences, research has shown over and over again that matching training to someone’s learning style doesn’t make the training any more effective. As Wallace Hannum, former professor of educational psychology at the University of North Carolina at Chapel Hill writes in a report on training myths, investing in learning styles is “a waste of training dollars.”

Technology makes lots of things better, and it’s easy to see why Paul fell prey to the idea that training that leveraged mobile apps and gamification would work better than traditional training, but research shows that technology-based instruction doesn’t actually improve results. As Hannum writes, “technology in itself adds little value in terms of producing learning outcomes.”

Like many people, Paul equated training with formal instruction, such as workshops. The problem here is that we learn best through informal means, like simply watching and working with others. According to Jay Cross, author of Informal Learning, 70-90 percent of our learning on the job is informal.

4. The “Everyone Is Trainable” Fallacy

There is another myth that I think Paul became a victim of, and that’s the idea that he could train everyone on his team to succeed in the new conditions. While it’s true that human beings have a tremendous capacity to learn, we’re not all built the same. It’s possible that the new skills changed the role in a way that made some of the people on Paul’s team poor fits. To know if this was the case, Paul would have needed a clear understanding of the demands the new skills placed on his people, as well as insights into what kinds of demands each individual was capable of meeting.

These can be challenging questions to answer, but Paul could get the information he needs by figuring out why some people excel in environments where those skills are needed. He could, for example, take a look at the people who are currently doing well on his team. What makes them different from the people who are struggling? Are they naturally better problem solvers? Are they more innovative? More open to change? Discovering these insights would tell him the type of people he needs, and who on his team would likely do well if they were giving more effective training. Paul might, of course, find that some people on his team aren’t built to succeed in the new role. In which case, even the best training isn’t going to help.

So, what could Paul do to improve the performance of team? Part of the answer, of course, is not falling prey to training myths like the above. The other part of the answer is that once Paul is training only the people who are likely to respond positively to the training, he should invest carefully in what makes training effective. For the best and quickest answer on that, I would turn to The Wall Street Journal article mentioned above, in which Eduardo Salas, a professor of organizational psychology at the University of Central Florida, says that the single most important element for effective training is design. Corporations, he advises, should focus their training dollars on designing programs with regular opportunities to practice and get feedback.

Next time you need to upgrade the skills on your team, take heed from Paul’s experience—stay away from training based on myths and focus on training the right people, the right way.