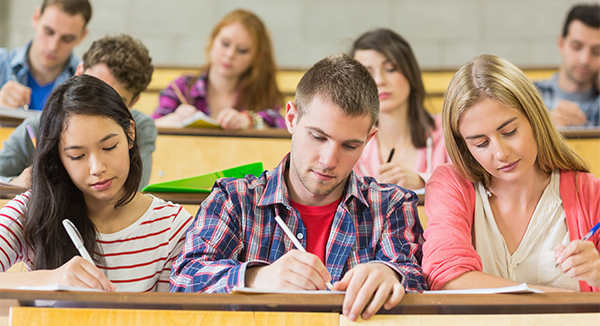 This post, “The Founders Who Turned a Dud Into an Enterprise” appeared first on Inc.

It was the spring of 2009, before we had even met Mike Silagadze. He was sitting in his apartment, waiting for his roommate and business partner, Mohsen Shahini, to show up. He had some devastating news to share about their startup, Top Hat, a teaching platform for schools that worked on mobile devices.

When we spoke to Silagadze recently, he reflected that on that spring day six years ago he was convinced he and Shahini had just spent the last few months proving their business wasn’t viable. It was a painful conclusion to come to after working their tails off and going into personal debt for a venture they had such high hopes for when they first conceived of it earlier that year.

The Moment of … Aha!

Back then, the two recent university grads had been playing around with some software for a mobile app game they were building when they had an aha! moment. The software that was making their mobile games fun and interactive could also be used to vastly improve the classroom experience–for both teachers and students. As former students who had sat through countless droning lectures, they knew there was lots of room for improvement, and harnessing the power of mobile devices seemed like the right way to do it. Most students came to class with smartphones, so why not turn them into educational tools by building a teaching platform that worked through a mobile app?

Silagadze and Shahini imagined professors doing things like sending short quizzes to the students’ devices and getting their answers right away–letting the professors know instantly if the students were grasping the content or not. The professor could then drill down on certain concepts, instead of just talking over the heads of the students. Or a professor could share slides and notes he or she made on the fly, or ask students to test out things they had just learned in interactive games. Imagine a chemistry class where students could play around on their mobile devices with how certain molecules fit together? This kind of teaching platform could transform the classroom from a passive environment to a highly interactive and engaging one–and certainly a more effective one. Plus, maybe it could also prevent students from being distracted by playing around with their phones during class.

Silagadze and Shahini envisioned their platform sweeping through the educational system. Pumped about their idea, the two entrepreneurs started building it right away. They also immediately put together a presentation and started booking meetings with the deans of universities and school administrators. Almost everyone they spoke to loved the idea and wanted to get it into their institution.

But Who’s Going to Pay for It?

Because of the overwhelming response, Silagadze and Shahini quit their jobs and their game development projects and everything else they were doing and devoted all their time and energy into getting the interested universities to green-light pilots of their platform. But then nothing happened. After months and months of meetings that all seemed to go well, it turned out that the school officials–despite how supportive they were–simply couldn’t give the go-ahead to a pilot. They had neither the authority nor the budgets to actually say yes. Silagadze and Shahini were eventually able to get a pilot going, but that was only after arranging for a third-party to subsidize the $10,000 project through a grant.

It was shortly after the pilot got under way that Silagadze realized their business wasn’t viable. Sure, they had a valuable platform, but that didn’t matter. For the business to be viable, they needed an efficient and profitable way to get their platform into the schools–and there was no way they could build a business when it took half a year to make one small deal. It wasn’t simply a matter of a long sales cycle, which might have been solvable. It was that the schools didn’t have the capacity to adopt new teaching platforms. It was like having the cure for a disease but no way to administer it to the patient.

When Shahini showed up at the apartment that day in the spring of 2009, Silagadze shared his thoughts. A black mood descended upon them as they contemplated saying goodbye to their startup dream. It would be a big loss for both of them, and such a shame, too, especially because some of the professors in the pilot were loving the program and seeing a huge improvement in engagement and results from their students.

As Silagadze and Shahini talked further, an idea hit them–what if, instead of trying to make the sale at the enterprise level, they went straight to the professors? Get the professors to adopt the platform, just like they adopt a textbook for their course, and then have the students pay for it, just like they pay for their textbooks. Maybe this was how they could transform the classroom experience–bypass the enterprise altogether and go bottom-up instead of top-down. It’s the business model that works for textbooks, so why not for Top Hat too?

Silagadze and Shahini tested their new strategy right away and began calling professors all over North America. By the time the next semester rolled around, 15 professors across five universities had adopted their teaching platform and 3,500 students were paying a subscription fee of $20 per semester to use the Top Hat app, which they could use for any course. It was enough to prove the model and to excite venture capitalists to invest. It was also a model that proved easily scalable. By 2011, 22,000 students across 35 universities were using Top Hat. And the growth would explode from there, attracting more than $20 million in venture capital from VCs such as Emergence Capital (investors in Salesforce.com), Georgian Partners (investors in Shopify), and iNovia Capital (investors in VarageSale). Today, nearly a million students at hundreds of universities–including Harvard, MIT, and UCLA–use the platform.

With a growth rate of 100 percent year over year for Top Hat, it’s safe to say that Silagadze and Shahini are well on their way to realizing their vision of transforming the classroom experience on the broadest scale.

If You Want to Get Paid … Find Your Buyer!

We found Top Hat’s story particularly fascinating because it made us wonder how many businesses out there have a valuable service but haven’t yet discovered the right buyer. And how many businesses have folded because they didn’t figure it out in time? A few years ago, our own business, ClearFit, almost became one of these casualties. Back then, we had made the assumption that the initial buyers for our predictive job matching solution were HR departments. But the sales cycle was too long for a company that was just starting out, and we were wasting time and resources we couldn’t afford. It almost crushed us. So we rethought our initial target customer and decided to start building ClearFit with business owners and hiring managers in mind, who we felt could make a quicker buying decision because they were the ones who would directly benefit from better hiring. The new direction proved to be the path to rapid growth.

So if you’re struggling to sell your product or service, maybe it’s because you haven’t found your right buyer yet. As the Top Hat story–and our own experience–clearly shows, it’s easy to fall into a mental trap about who you think your customer is or should be. Sometimes the buyer you are targeting can’t make a buying decision quickly enough for the stage your company is in, or maybe the buyer isn’t equipped to make a buying decision at all. Look for someone who can say yes, and who can do so within a timeframe that works best for your business.