Posted by Jamie Schneiderman on August 25, 2015 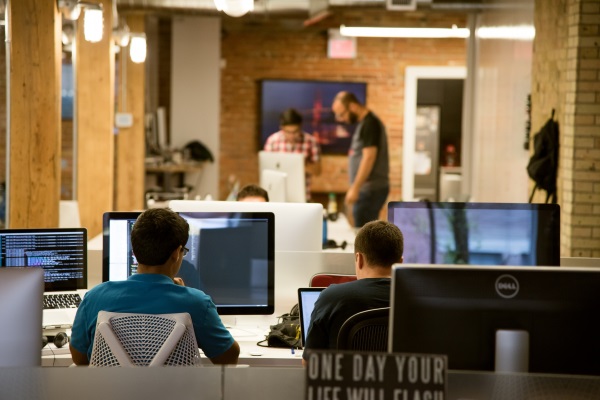 In February 2013, Evgeny Tchebotarev met with his four-person leadership team at 500px, an online photography community he had co-founded in 2009 with Oleg Gutsol, a longtime friend. They were in the middle of a fundraising campaign but hadn’t found a single interested investor. Some of Tchebotarev’s leaders felt that there was a change that 500px could make that would have investors banging down the doors. Others thought that change could ruin the business they all worked so hard for and cared deeply about.

Before we get into what that change was, we need to backtrack to 2009.

What started as a hobby … 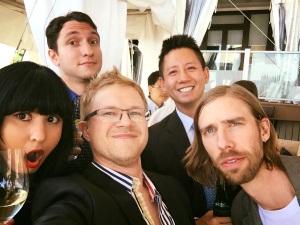 In 2009, Tchebotarev and Gutsol chose to turn the online photography community that Tchebotarev ran as a hobby since 2004 into a legitimate business. Their initial plan was to focus on building out the site’s features and growing a large enough community to raise venture capital.

They worked on 500px part-time and funded the venture out of savings, personal credit, and income from jobs–Tchebotarev worked as an extra in movies. They were growing, but slowly, and both felt they would have to focus completely on 500px to give it a chance to hit it big. In 2010, Gutsol quit his job and both started working on 500px full time.

To pay business expenses, they included paid subscription plans for premium features. Because charging users would mean attracting fewer of them, they went with a $5 monthly plan, which was enough to bring in just the amount of revenue they needed to keep the startup going, but not so much that it would prevent decent growth in users.

In 2011, despite the fact that all their plans weren’t free, they hit some impressive growth numbers–about a million page views and 70,000 unique visitors monthly–and raised half a million in seed capital from John Frankel, a New York-based venture capitalist at ff Venture Capital, who was impressed with how beautiful the site was and by its traction with professional photographers. The funds gave the startup a big boost, but it still needed to generate revenue. However, the continued emphasis on driving growth rather than revenue led to several financial crises and Tchebotarev and Gutsol had to seek bridge financing from their seed investor to keep them alive through 2012.

In 2013, with over 2.5 million users, they decided the time had come to look for a bigger round–a Series A financing. Because they were based in Toronto, they spent the first few months approaching Canadian VCs. The results were discouraging. Each investor they met with looked at the revenue numbers and wanted to value the business based on its sales, using a standard valuation formula. Because 500px hadn’t optimized its revenue potential, valuing the company this way didn’t make it win-win for both parties.

And this brings us to that Monday-morning leadership meeting in February 2013. 500px was about to turn its fundraising campaign from Canadian VCs to U.S. VCs. It was going to pitch to some of the top firms in Silicon Valley. A couple of the leaders thought they could dramatically improve their chances of success with one simple change–kill the revenue stream.

Doing that, they argued, would focus an investor’s attention on growth, not revenue. Going free would also massively increase the site’s growth numbers–probably by as much as 10 times. Of course, without revenue, 500px would have to eke it out until it raised the funds, but raising capital would be so much easier. Huge success, some argued, wasn’t going to come without making this kind of bold entrepreneurial move. To win big, 500px had to risk big.

Tchebotarev knew the argument was compelling. Consumer startups like 500px–those with users who are people rather than businesses–usually raise their seed capital based on hope, and then raise their next round–a Series A–based on growth in the number of users and their use of the service. If they can afford to, most consumer startups don’t try to generate revenue before a Series A round, because doing so can hamper growth. For many, the thinking is “Let’s get millions and millions of people using our service, and then once we’re ridiculously popular, there’ll be lots of ways to generate revenue.” It’s the grow-first, monetize-later approach of mega-successes like Instagram and Facebook.

It was a compelling argument, but Tchebotarev and Gutsol knew that even with dramatically more attractive growth numbers, fundraising was risky and they could potentially find themselves months deep into a campaign with no bites. And then what? They’d have to turn the revenue stream back on and try to recover–but there was no guarantee they’d be able to pull that off. The truth was, for every Instagram and Facebook, there were dozens and dozens of consumer startups that went the pure growth route only to crash and burn.

As the debate raged on in the boardroom, Tchebotarev agonized over where he would come down. Revenue had been an essential part of 500px’s history, supporting it in the early stages, and sustaining it over the years. Should they risk dropping it? 500px was his baby, and he cared deeply for his team, their current investors, and the community of the photographers. Contemplating the end of 500px was terrifying. But if they didn’t raise a Series A, they would never really grow. They’d never fully take advantage of the opportunity they had created for themselves. Maybe they needed to take this wild risk so everybody could win.

Tchebotarev kept going back and forth in his head on what to do. At last he made his decision, and told the leaders, who eventually agreed to support it. The meeting wrapped up, and with the question of whether or not to kill revenue behind them, 500px pursued Series A financing. As you read on, try to guess what Tchebotarev and the leaders decided.

A few months later, Harrison Metal along with Andreessen Horowitz, the Silicon Valley VC firm that has famously invested in Twitter, Skype, Buzzfeed, and Airbnb, led a Series A investment round of $8.8 million, which closed in August 2013. Since that time, 500px has grown its team to over 50 and has launched a commercial licensing marketplace, where businesses can license photographs from a curated collection by 100,000 of its five million photographers–moving 500px into a position to more fully monetize the community it has built.

In July 2015, 500px raised another $13 million in a Series B round led by Visual China Group, with participation from existing investors, such as Andreessen Horowitz and Harrison Metal.

So what decision did the leadership team make in that boardroom in February 2013?

Tchebotarev and his team didn’t make the go-for-broke choice, which might make a better story. Their conservative, hedge-your-bets decision to keep the revenue stream wasn’t the kind of heroic decision we often read about in stories of entrepreneurs. And that’s the point of this particular story. 500px took the safer path and still managed to woo one of the Valley’s most legendary firms. Yes, without revenue 500px could have had more impressive growth numbers, but Andreessen Horowitz was still enamored of the growth 500px had achieved, and saw the massive potential in what Jeff Jordan, partner at Andreessen Horowitz, has referred to as “one of the most beautiful online sites in the world.”

The myth of the entrepreneur.

The 500px story appealed to us because it debunks the myth that successful entrepreneurs are wild risk takers. That’s quite a sexy image, but the truth is that many entrepreneurs who build growing companies take calculated risks. They hedge their bets, the way Tchebotarev and his team did. They try to navigate a course that puts them in the most control. The point is, you don’t have to risk it all to build a successful company. The history of our own venture, ClearFit, is a story of calculated risks. There was a point in time several years ago when our revenue was keeping us afloat–not investors. Many startups make the unfortunate mistake of forgetting the importance of revenue until it’s too late.

This post, “The Scary Choice This Startup Made Before Raising $8.8 Million” appeared first on Inc.