Posted by Jamie Schneiderman on February 17, 2015 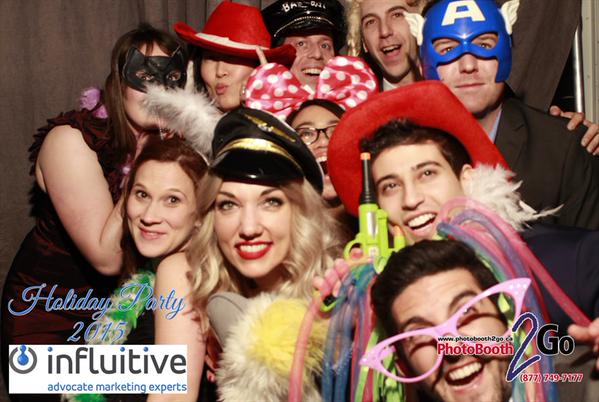 Behind every customer is a story, a reason that ClearFit has made sense for them. Today we shine the spotlight on Chad Horenfeldt, VP of Customer Success at Influitive.

Hiring for any company is never easy, but for an early stage startup it can be a next-to-impossible task. There is usually no one in HR, budgets are limited, you’re too swamped to take on hiring, and you can’t afford to make a mistake. These are just some of the problems a hiring manager at a startup faces. And solving them, as Chad Horenfeldt, VP of Customer Success at startup Influitive would discover, takes some ingenuity.

Although Chad had several years of experience hiring people for a Customer Success team at Eloqua, he would face several unfamiliar hiring challenges when he joined startup Influitive, an advocate marketing software solution, in 2013. The lack of an HR department at the time meant he would have to source and vet applicants himself. His tighter budget would make it hard to attract senior people, and instead of job security, he could offer hope and opportunity.

As well, like a lot of startups, Influitive was working in a new domain, which meant there wouldn’t be a lot of people with experience in advocacy marketing. There also wouldn’t be a lot of people with “customer success” on their resumes, another problem typical of startups that require new types of roles. Without the necessary keyword indicators on an applicant’s resume, it was going to be hard to identify people capable of performing the job at a high level.

On top of all this, Chad faced the pressure every startup does to avoid a hiring mistake, which can seriously derail momentum at a critical stage, and to make sure that every single hire knocks it out of the park and lifts the business up.

The Beginnings of a Strategy: “Diamonds in the Rough”

Because there wouldn’t be many people with a proven track record, Chad knew he had to find people that “had what it took” vs. “had the right experience.” So Chad decided to target what he calls “the diamonds in the rough—people who are great talents, but haven’t had the opportunity to demonstrate that.” They have the right attitude and personality, but not necessarily the skills and experience, and they’re happy to come in at a junior level and take on the risk of joining a startup for a chance to prove themselves, learn new skills, gain experience, and grow along with the company.

The strategy was sound, but with all the other balls he was juggling, Chad couldn’t afford to spend all his time advertising jobs and wading through resumes, trying to find clues that an applicant has what it takes, despite their lack of skills and experience to prove it, and then conducting interview after interview to find the great, unproven-but-budding talent. And though he felt he had a keen eye for recognizing potential in people, Chad knew he would need something more than his gut to make sure he made the best possible hiring decisions to build his killer team.

The Critical Tool to Execute a Startup Hiring Strategy

The answer to this last set of problems came to Chad when someone at Influitive suggested he use ClearFit to source and vet applicants. ClearFit’s ability to post on multiple job boards with one click would help save time sourcing, but it was ClearFit’s unique12-minute job-fit survey, which Chad saw as the critical piece.

The job-fit survey, which is something all applicants fill out when applying, measures candidates on how well their personality and motivations fit the job. For example, the survey results would tell Chad whether someone had the level of “service orientation” and “consideration for others” required to succeed in Customer Success. This was exactly the kind of data Chad needed… when he needed it, which was as soon as someone applied. This meant he wouldn’t have to wade through resumes and guess. The only people he would call in for an interview would be built to shine in a customer success role.

Why Objectivity Matters in Startup Hiring

The survey results, which are based on millions of data points, are also scientific and objective. While some people are reluctant to accept that a science-based survey could genuinely enhance their own decision-making ability, Chad was open to the idea. But he didn’t want to bet something like his hiring on blind faith, so he began to test its reliability. While searching for his first hire, he found himself in a debate with a colleague about an applicant based on their cover letter. The colleague thought the letter revealed a cockiness that wouldn’t fit at Influitive. Chad thought it showed the kind of “ballsiness” that the startup needed. To bring in a third, objective opinion, Chad checked the applicant’s survey results. They were off the chart—indicating someone who would excel in the role, which confirmed for Chad that he should bring her in for an interview. He eventually hired her and she would become a tremendous asset to the team.

Chad would continue to refer to an applicant’s ClearFit scores, rather than trying to wade through a stack of resumes, as a way to make faster and better decisions on whether or not to interview a candidate. He would also find it helpful to have an objective measure of predictable success when it came to internal referrals. In the startup world, current employees are often the best source of strong candidates, but the practice can cause tension if an employee gets excited about referring a friend and that friend gets rejected. Having an objective survey that indicates the applicant isn’t a fit would help Chad make the case that the decision isn’t based on his personal, subjective opinion.

Finding the Diamonds in the Rough

Using ClearFit, Chad would eventually hire people from a wide variety of backgrounds, including someone who taught English as a Second Language, a recruiter, and a bank teller. Without a tool to reveal who an applicant is beyond their skills and experience listed on their resumes, Chad would never have been able to know they were worth considering as candidates.

The Signs of Success

With one exception, all of the eight people Chad has personally hired are still at Influitive, excelling in their roles, which Chad considers a sign that his hiring strategy is paying off. As for that exception, that person left to follow her boyfriend across the world and work for one of Influitive’s clients, a great compliment in Chad’s eyes. Another sign is the five-star rating on Glassdoor, a site for anonymous employee reviews. And then there’s the fact that Influitive is the top-rated app in its category on the independent app review site, G2 Crowd. And Influitive’s founder and CEO, Mark Organ commented: “We have a reputation for having the best service team out there. In fact, it’s the number one thing our customers advocate for us!”

To sum up the role that ClearFit plays in his hiring strategy, Chad says, “When it comes to identifying which applicants are right for our Customer Success team ClearFit is off the charts great. Influitive has hired over 20 employees now with ClearFit and they’ve all gone on to be fantastic. Growth here never stops, so anything that can help us find great candidates quickly and easily means that we are not only going to meet our goals for growth, but that our customers are going to succeed. I recommend ClearFit to everyone looking to grow and scale their teams quickly and easily with the right people.”

The Star Employee Jeff Greenberg Never Would Have Hired

Got junk? How Converting Technology found great employees in a sea of unqualified, unmotivated applicants

Startup Hiring: Who Will Soar? Who Will Crash and Burn?