Posted by Jamie Schneiderman on February 2, 2015 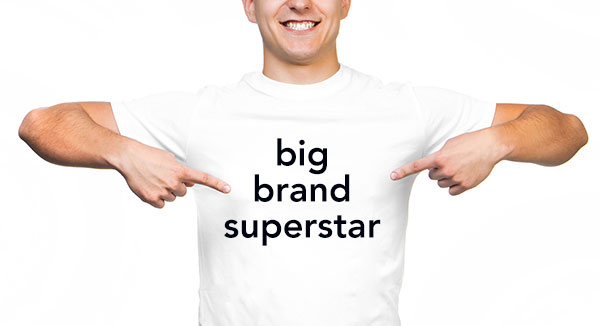 Hiring top performers from well-known companies can sometimes work wonders, but it can often backfire. Unfortunately Stu, head of sales at a software company, experienced the bad side.

Stu, who is now a ClearFit client, told us about the big mistake he made last year. He joined the software company two years earlier to build a sales team from scratch. He had a team of three, and the sales results were decent but not spectacular. He knew there was a lot more he could do.

When Stu read a story about the impressive sales growth at a well-known software company, an idea hit him—if he could hire someone from there, lots of good things would happen. Sales results would surely jump and the company’s profile would get a boost, making it easier to get press, raise market awareness, and attract other top talent.

Stu had met one of the top sales reps from that company, a guy named Thomas, a few times, so he decided to reach out to him. Stu was thrilled to discover that Thomas loved the idea of joining a younger company where he could have a bigger impact.

A few weeks after joining Stu’s company, Thomas had only made a handful of sales, considerably less than anyone else when they first started. When Stu spoke to Thomas to understand what the problem might be, Thomas brought up the lack of qualified leads from marketing, adding that most people he called on had never heard of the company, and many didn’t feel they could benefit from the service. Thomas had never dealt with these issues at his former company, or anywhere else he had worked. He was trying hard, but it was a different type of sale than he was used to.

Stu began to coach Thomas on the sales approach that worked for his company, which involved helping prospects understand they have a problem they might not be aware of, and showing them why they need the company’s solution—an evangelical sale. As much as Thomas tried to adapt, his results didn’t improve. He didn’t enjoy trying to sell people on something they didn’t know they needed, and he badly missed doing what he did best—working with qualified buyers.

Thomas spoke to Stu and said he felt it was time to move on. Stu blamed himself. He should have spent more time with Thomas before hiring him, talking about the role and exploring whether Thomas would be a fit. Unfortunately, in the excitement of having Thomas on his team, he had rushed things. Thomas would probably be a great hire in a couple years when their product was more mature and awareness for it had grown—but not now. Together they worked out a plan to help Thomas find a better place to work, which he did a few weeks later.

This doesn’t mean that hiring someone from a well-known company can’t work. It can actually work really well, but the person has to be a fit for the role. Sometimes the candidate’s experience at their former company can point to a likelihood of success in the new company, but only if there are key similarities in the role. In Thomas’s case, it was critical that he have experience selling an immature product with little brand awareness. He never got that from his former employer. Of course, it’s possible that your candidate may have relevant experience from other organizations they’ve worked for, but that wasn’t the case with Thomas.

But experience and skills are only part of the equation. Someone’s personality must be right for the role too. Thomas’s story underscores this aspect as well. Another candidate might have been able to adapt, but Thomas wasn’t built for thriving in a role too far outside his comfort zone. These days, it’s easy for an employer to assess personality fit for specific roles through a job fit survey. Had Stu asked Thomas to complete such a survey, he likely would have seen relatively low scores from Thomas on “openness to change,” a red flag when trying to step into a role where you lack experience and skills.

On the Positive Side

Stu would eventually experience the positive side of hiring someone from a well-known company a few months later, with Lara. Before hiring her as a sales rep, Stu did a thorough job of exploring her sales experience and skills, as well as her personality. Though the company she came from was established, Lara worked in sales on their new products. She had also started with the company in the early stages before it had achieved any brand recognition. In fact, that’s what Lara missed—those early days when selling was more entrepreneurial and less routine. She had high tolerance for stress and risk and was very open to change—traits that indicated she would thrive in the entrepreneurial environment on Stu’s team. Lara is now Stu’s leading salesperson.

The most critical trait for a customer service rep isn’t a passion for delighting customers.