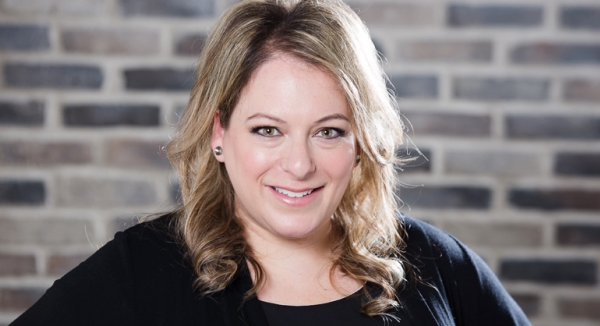 “Your idea will never work.”

These words rang through Tami Zuckerman’s head as she sat in her family’s kitchen alone one day in the winter of 2012. At the time, she was a kindergarten teacher on pregnancy leave, who believed she had an idea for a new solution to a huge problem. Unfortunately, the person she needed to convince did not understand her vision.

This person was Carl Mercier. As a successful serial entrepreneur who had built and sold several ventures, Mercier could supply the technical and business acumen that Zuckerman lacked. As a programmer, he could turn her idea into reality. His was the one opinion that she cared about. He was someone she could trust-Carl is her husband.

Zuckerman flashed back a couple months to when she first came up with her idea, which she would call VarageSale. She was in the middle of her first trimester and had suddenly felt the urge to get rid of the junk in her house to make room for the baby. So she hopped on the Internet and began joining various classified sites as well as some social networks to sell her stuff-shoes, handbags, old clothes, etc.

Although she managed to sell lots of stuff and meet a lot of the people in the community where she lived-some of whom would become close friends-Zuckerman found the experience of using the various websites problematic and frustrating. On the classified sites, many of which were text heavy, she wasn’t able to visually showcase her items the way she wanted. She also felt uncomfortable meeting potential buyers from these sites. On the social networks, she had an easier time representing her items visually, and was more comfortable engaging with people she connected with, but she found it difficult to manage and keep track of the items she posted and sold.

Zuckerman imagined a platform where she could sell her stuff to people in her neighborhood-a site that didn’t have any of the problems of the classified sites or the social networks. It would be more like a site that allowed you to host your own garage sale-a virtual garage sale, but for people in your network as opposed to total strangers. Zuckerman figured there were people all over the world who, like her, needed a solution like this. So Zuckerman told her husband about her big idea, and asked him to build it.

And that’s when she heard her husband’s dreaded words for the first time. It would never work, Mercier explained, because everybody who tries to create a prettier or better Craigslist fails-some losing millions in the attempt. They fail because a marketplace like VarageSale needs to have lots of sellers and lots of buyers, and when you start out, you have neither, so you have nothing to offer either side, which is why buyers and sellers go to the established sites where they’re likely to find success-even if those sites don’t offer the best experience. The dilemma facing any aspiring marketplace is the chicken-and-egg problem-an almost impossible problem to solve.

Zuckerman felt her husband didn’t fully understand her idea. Over the following weeks she kept trying to sell him on it to no avail.

The Lesson from Kindergarten

As Zuckerman struggled to find an answer, she remembered a strategy from her teaching experience: just explaining an idea isn’t an effective way to teach somebody something-you have to show them as well. She realized then that she’d made the mistake of trying to describe her idea instead of giving her husband the chance to see it in action. At that moment, Zuckerman decided to bring the experience of buying and selling and meeting neighbors to her doorstep when her husband was home, so he could see exactly how her life, and the lives of her neighbors, were being changed.

Breakthrough at the Doorstep

Over the following days and weeks, while sitting with her husband watching TV during the evenings, neighbors would come by to snatch up the items Zuckerman had put up for sale online. As Zuckerman made the exchanges at her front door, Mercier would overhear a conversation about the item transform into a chat about what was going on in each other’s lives and their families. It was as though the item-the shoes or the purse that his wife was selling or the newborn clothes she was buying for the baby they were soon expecting-was the gateway to building friendships with neighbors that would never develop otherwise. The product changed from the item to the relationship-what they were selling was simply a catalyst. And to think that all this was happening using a broken experience on the Internet.

It made Mercier realize the potential of a site specifically designed to help neighbors buy, sell and swap items and get to know each other in the process. For Mercier, this wouldn’t just be a slightly better marketplace, or another social network-it would be a unique hybrid, something entirely new, which meant that it would stand a chance of getting over the chicken-and-egg problem and growing into something big.

Mercier agreed at last to build a prototype of the app for their local community. He designed it with a visual-based feed of items for sale and chat features, and ensured that people who wanted to become members would have to be vetted by a community administrator, to address safety concerns.

But one thing Mercier knew he shouldn’t build was a fully streamlined shopping experience, where buttons take precedence over conversation, because that would kill the community aspect. As Mercier saw it, to bottle the unique experience his wife was having, he had to find that sweet spot between marketplace and social network. He wisely remembered that the relationship is the real product, and he didn’t want to do anything to dilute that. Mercier knew many entrepreneurs who over-engineered their solutions and forgot about the real value that they were providing to their customers. He wanted to avoid this mistake.

Soon after building the first iteration of the prototype, Zuckerman and Mercier had their first child and got busy with parenting duties. Weeks went by before Mercier checked back on the app. When he did, he was shocked by what he saw. Even though his prototype was rough and buggy, thousands of people were using it, but most importantly, 25 percent of their monthly users were on it daily. Most apps never see anything north of 10 percent for this metric.

Mercier immediately called Ben Yoskovitz, a friend and someone who had helped launch various startups. When Yoskovitz heard the engagement numbers, he was similarly blown away, and told Mercier he wanted to invest.

In 2013, with some seed capital from Yoskovitz and others, Mercier and Zuckerman started rebuilding the product and launching VarageSale in other communities. As they began to expand, hundreds, then thousands, of people contacted Mercier and Zuckerman, saying how much they loved VarageSale because it was the best place for them to sell their stuff, find great deals, and meet wonderful people from their neighborhood.

In 2014, Yoskovitz joined VarageSale as its VP of Product and helped Mercier and Zuckerman grow the business through its mobile app. By 2015, VarageSale had spread to communities throughout every Canadian province and in 42 US states, as well as in Europe, Asia, and Australia. Millions of people were using it, and over 50 percent of them were on VarageSale’s mobile app daily.

VarageSale’s rapid growth and its exceptional engagement metrics caught the attention of Silicon Valley’s most storied venture capital firm, Sequoia Capital, famous for being an early investor in Apple, Yahoo!, and Google, as well as more recent sensations such as Square, Dropbox, Airbnb, and WhatsApp. In April 2015, three years after Zuckerman first spoke to her husband about her idea, Sequoia Capital along with Lightspeed Venture Partners led a $34 million round of investment in VarageSale. It’s safe to say now that Zuckerman’s idea is working out pretty well.

The VarageSale story is a remarkable one. It’s one of those rare cases when shortly after an idea comes to life, it spreads like wildfire. Clearly that’s testimony to the genius of Zuckerman’s understanding of her customer’s problem and to Mercier’s ability to solve it. But it also highlights how critical it was for Zuckerman to show her husband the power of her idea in order to persuade him to join her mission in the first place. If she hadn’t thought like a kindergarten teacher, VarageSale might never have been born.

Once Mercier saw what was happening in his wife’s life-how buying and selling items with neighbors had enriched her life with valuable friendships-that’s when his wife’s idea hit him. It was no longer something he could argue against, or poke holes in. And it was easy for him to see the value in breathing life into it.

The VarageSale story is a valuable lesson for anyone trying to express an idea. It was a timely lesson for us here at ClearFit, because we had just started a new partner channel, which required thinking about our offering in a way that was different from normal. When we stopped showing PowerPoints and started demoing our product, things took off for us. So, if you need to convince someone of the power of your idea, take it from a former kindergarten teacher, now startup phenom… Show and Tell!

This post, “How This Kindergarten Teacher Raised $34 Million” appeared first on Inc.