Posted by Jamie Schneiderman on June 8, 2015 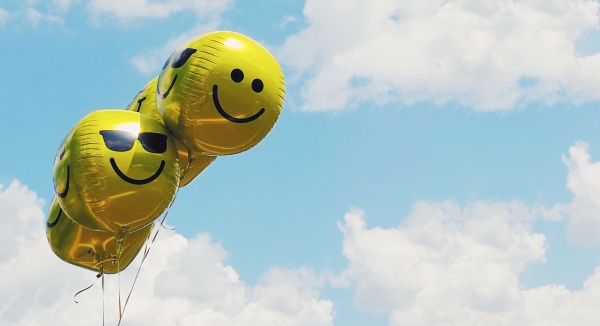 This post, “The Secret Behind the Startup That Ballooned but Almost Popped” appeared first on Inc.

In 2007, our friends at Northstar Balloons entered the balloon market space with the intention of giving the established players a serious poke.

Working in Northstar’s favor was the fact that its founder, Garry Kieves, had a history of success in the business. He had founded a balloon company back in the seventies and had grown it into a market leader before selling it 1998. By drawing on Kieves’s experience as an expert balloon maker, Northstar would find initial success manufacturing balloons for other companies to distribute and sell. They specialized in creating foil balloons–the ones with the shiny red hearts and Happy Birthday messages found at any party store or grocery store. Although the business was growing steadily, the balloon-making machines were sitting idle too much of the time, and by 2010, Northstar realized that its strategy of only working in private label manufacturing was never going to lead to the kind of major growth it had hoped for. Unless it shifted gears, it would never threaten the established players.

The Moment of Truth

At the outset, Northstar was founded as a family business–whatever the new path forward would be, it would be a decision involving not just Kieves, but various family members who were involved in the business, such as his daughter and our friend Nico Kieves Wyrobek, who worked at Northstar on a part-time basis. They all agreed that one way to get the machines running was to make their own balloons and go to market with them. Doing that, though, would mean hiring new teams–creative and design and marketing and sales. It would also mean going up against the entrenched players and trying to win in a mature industry. It would be a risky move that would require even more financial investment beyond what had already been put into the young company.

They needed a solid strategy, and they needed it quickly. As they considered the challenge that lay ahead, they realized that they already had the advantage of deep knowledge of how the industry worked, and which practices were tried and true. But they also knew that some practices were ripe for innovation, and they’d have to build out the company’s capacity to do things in new ways. As they thought more about it, they figured that their success would largely depend on the type of team they built. The strategy they came up with: hire the perfect mix of veterans with lots of industry experience and young people who were eager to innovate and had no preconceived notion of what “right” looked like.

Kieves would represent the old guard. Wyrobek, who would join full time, would lead the new guard. As they hired for the various teams, they brought on people for both sides. Northstar would put their team-building strategy to the test as they faced two key challenges.

The first challenge was engineering. Northstar saw a big opportunity in making a name for itself by pushing the limit on balloon design. While other companies made unicorn balloons by putting an image of a unicorn on a round balloon, Northstar would make an intricate unicorn balloon with a horn sticking out. They would make helicopter balloons with rotors and octopus balloons with wiggly tentacles. But producing such balloons would pose serious technical challenges. How would they design machines to create such crazy shapes? How would they ensure the material cooperated? And how would they not spend years searching for the answers?

The young engineers they hired would solve some of the problems using computer-aided design technology, introducing innovative ideas. But without extensive experience in the balloon world, their ideas were theoretical. On their own, they might have spent years experimenting before landing on solutions. But this is where the balloon veterans came in, especially Kieves, who knew from his decades of handling foil balloons what would and wouldn’t be possible. With the old guard and the new guard working together, Northstar was able to save valuable time and money and introduce, on schedule, their new generation of balloons to the world within a year.

Jostling for space in the crowded market would be Northstar’s next challenge. The largest market for balloons in the world is the US, so Northstar started there. Because the US balloon industry operated with a traditional model–where manufacturers sold to a handful of distributors and wholesalers, who in turn sold to retailers–and because the various stakeholders had been around for decades, Northstar first drew on its old guard who had industry relationships. But the distributors and wholesalers were slow to accept a new manufacturer and Northstar couldn’t gain access to the supply chain quickly enough. Instead of continuing to try and blow the walls down, the young guard stepped in to innovate.

While the old guard focussed on working international markets, where they would find success, the new guard learned logistics, developing the ability to distribute Northstar balloons to small wholesalers and retailers, instead of working through the traditional channels. It worked! Northstar burst through to the critical US market reaching consumers in stores across the country. The new guard would also spearhead social media marketing, and the awareness they have been able to build for their balloons on networks such as Instagram is now a big driver of Northstar’s sales.

Northstar has been more than doubling its revenue every year since going to market. Wyrobek, who now runs the company as its CEO, knows Northstar would never have found its edge in their established industry without building a team of experienced veterans and young innovators. Her advice to other businesses: “The right balance of old guard and new guard is going to be different for every organization, but unless you’re conscious of the mix you’re creating, you could end up with a company that’s lopsided and not fit to win in today’s marketplaces.”

Northstar’s story and Wyrobek’s advice hit a sensitive chord for us, because in the early days of ClearFit, we brought in lots of young, creative individuals who were eager to help us disrupt the hiring process. This young guard had lots of innovative ideas, but they didn’t understand traditional hiring practices well enough to know how to position our offering to the business owners and hiring managers we were trying to reach. As a result, we struggled until we added a few seasoned people to our team who had deep knowledge of our target markets, and knew how best to position ClearFit into their existing buying processes.

When you’re a startup you tend to attract a lot of young innovators, which is great, but–as we learned, and as the Northstar story shows–that’s not usually enough to find the complete winning formula.