Posted by Jamie Schneiderman on November 17, 2014 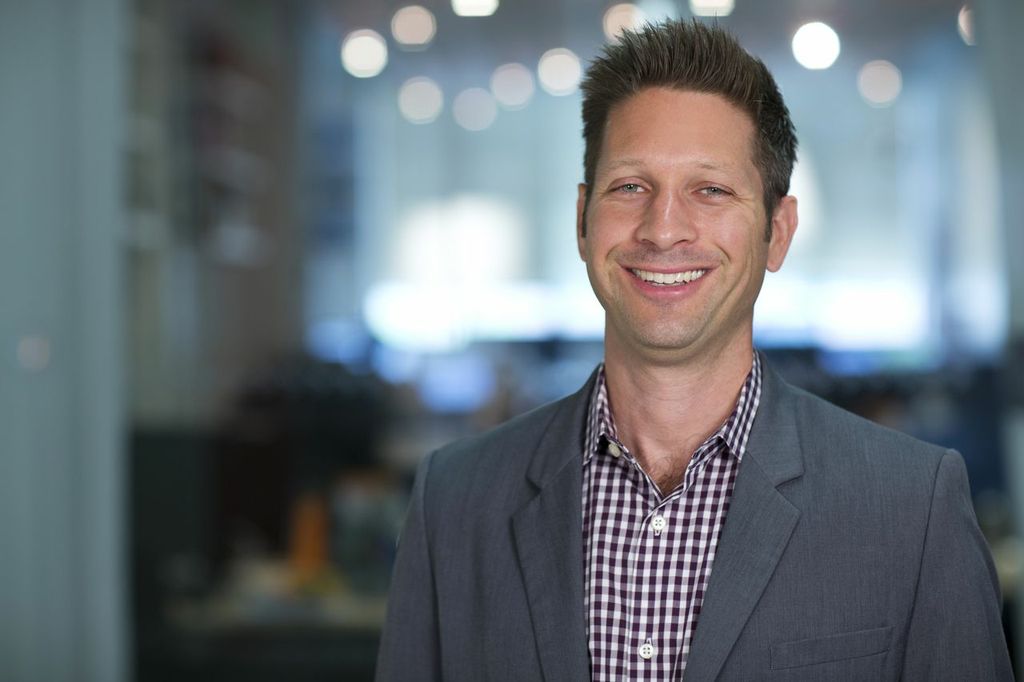 When one of the cofounders of HubSpot asked Mark Roberge to build the sales team at their startup, Mark said yes. Problem was, he had no experience running a sales team. But there was something in his background that he thought he could draw on to build and scale a world-class sales team and help make HubSpot one of the fastest growing companies in the US.

HubSpot was the brainchild of an MIT classmate of Mark’s who saw massive potential for a software solution that automates inbound marketing for businesses. Mark was asked to join in 2006, a year after it was founded, on a part-time basis. After working one day a week for a year, Mark had helped bring in the company’s first 50 customers. At that point, with the number of businesses going online and HubSpot’s opportunity rapidly expanding, Mark joined full-time as the SVP of Sales.

Scaling in the Digital Age

As Mark saw it, the big risk for HubSpot was losing out on the chance to dominate the inbound marketing space. To reduce that risk, Mark’s priority became scaling a sales team as rapidly and successfully as possible. Because he had no experience doing that, he decided to draw on his non-sales background—engineering training from MIT—and look at the problem the way a scientist would. His approach, which would emphasize rigorous attention to metrics and analytics, would not only transform HubSpot into a market leader, but would also set a new precedent for how others could scale a sales team in the digital age.

In this post, we’ll look at three critical phases in Mark’s approach.

To scale, Mark knew he first needed a model for how sales were made at HubSpot, so that every sales rep he hired would have a process to follow. Because Mark was the first and only salesperson at the time, he created the prototype based on his own selling experience.

Mark examined everything he did, carefully mapping out the buyer’s journey, the sales process, and how leads moved through various qualifying stages. He broke everything down to finite steps. And then he measured all his activity—obsessively. Mark knew exactly how many dollars he made a day, how many prospects he connected with, how many presentations he made, and how many prospects he closed. This became the model for success.

By measuring every rep he hired against the model, Mark could easily see how well they were replicating his success and which skills they needed coaching on in order to close any gaps. (More on how Mark designed coaching success coming up.)

Another key way Mark engineered for scale was to make the model as efficient as possible. He did this by investing heavily in customizing their customer relationship management software so that all tasks, like sending emails, could be done in the fewest clicks possible. In this way, Mark used the hard science of engineering to create the conditions for the soft skills of sales to have the most impact. Instead of trying to figure out what steps to follow to move a lead forward, or spending tons of time managing and tracking activity, sales reps could focus the bulk of their energy on things like creating trust or building rapport with prospects—the exact experiences that were core to HubSpot’s brand. HubSpot has recently commercialized some of these technologies into its free www.getsidekick.com product.

With the sales model in hand, Mark turned his attention to the next key phase—hiring. The problem with hiring, as Mark saw it, was that traditional hiring decisions usually come down to a gut decision. That’s not scalable, because it’s not a way to ensure you consistently hire candidates who are going to succeed. So Mark’s strategy here was to create a hiring system that relied on quantitative analysis, not gut feel.

Mark’s first step in the hiring phase was to define the 10 criteria, such as curiosity and work ethic, that he thought would be most important for sales success at HubSpot. He then developed a 10-point scoring system, carefully defining what each point along the scale meant. Then he started scoring every candidate he interviewed using this system. After he’d hired several people, he began to analyze the performance of every salesperson and compare their results to his interview scores. By doing this, Mark could identify which criteria mattered the most and revise his system to improve hiring decisions. The formula helped him bring on rockstars who would not only deliver exceptional results, but also raise the bar on the hiring criteria.

After a year—with 20people on his team and hundreds of documented interviews—Mark had enough data to ratchet up the science, so he ran a regression analysis and created an index that allowed him to predict sales success at HubSpot based on a candidate’s interview scores. He would run an analysis every year, fine-tuning the system. One key change Mark made, based on his analysis, was to include coachability, a trait that didn’t appear as a criterion in his original list. Coachability would become the main trait he focused on, which leads us to the third phase.

Once the number of sales rep grew to 20 or so, Mark began to focus on creating the structure and systems to develop the reps for optimal performance. For Mark, the main goal here was to put leadership and coaching front and center, and to make it consistent and repeatable by relying, as he had with the other stages, on metrics and analysis. When it came to choosing who to promote to managers, Mark analyzed everyone’s performance and selected reps who were competent across the broad range of criteria. He did this rather than simply promote the top sales reps, because those reps often excelled in certain areas, while lacking in others. By choosing reps with a broader range, he was able to eliminate the risk that a manager would focus their coaching efforts only on the skills they personally excelled in, which wouldn’t be effective or scalable.

To further ensure that coaching was consistent, Mark put managerial candidates through a 12-week leadership course with a standard curriculum, which he built specifically for success at HubSpot. Once someone became a manager, they would spend as much time as possible coaching, rather than on things like forecasts and pipeline management, which were largely handled by systems. Again, it’s an example of Mark using the cold science of engineering to optimize soft skills.

However, when it came to choosing what skills to coach, something that is often left to instinct and guesswork, Mark turned to metrics. Every rep was measured against the sales model to accurately identify where they were weak. Managers would focus their coaching on these weaknesses, ensuring they didn’t waste time on skill development that would have no impact on results. It was a system designed to bring the best out in people—and it worked. A rep who started at HubSpot was constantly growing and improving their performance—something that provided personal fulfillment while also benefiting the organization.

So, where did Mark’s scientific approach take him and HubSpot? In 2010, Mark was awarded Salesperson of the Year at the MIT Sales Conference. In 2011, with a three-year growth rate over 6,000 percent, HubSpot would place #33 on Inc.com’s list of the Fastest Growing Companies in America. In 2013, his team numbered 450 people and the revenue run rate reached $90 million. Today, HubSpot is the world’s leading inbound marketing and sales platform with more than 11,000 customers.

Mark’s success at HubSpot is a clear indication that no matter what size your sales team is today—even if it’s only you—using metrics and analysis as early as possible is key to both preparing for scale, and ensuring you’ll scale successfully.

Mark is now Chief Revenue Officer of the HubSpot Inbound Sales Division. Today he is spearheading the effort to bring to the world many of the technological innovations HubSpot has created to make a salesperson’s job easier. One of those solutions is available for free at getsidekick.com, an app that shows you who opens and clicks in your emails, where those people are from, and what device they used.

For more ideas on how to build a leading sales team, see:

Paul Jackson: Why Agility Is the Key to Method’s Sales Success