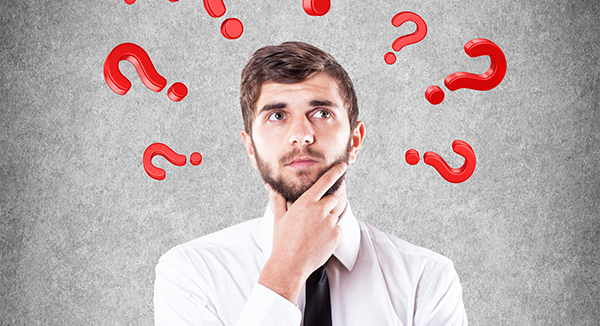 This post, “This Small Business Tripled Its Revenue” appeared first on Inc.

In 2012, our friend Andrew Blickstein, owner of Home Run Media, a small TV advertising agency located in Chicago, stepped into the boardroom of a large prospective client with a new understanding of his business, one that he hoped would help him land this crucial account and at last open the door to growth in his agency.

When we chatted with Andrew to learn his story of breakthrough growth, he painted the scene for us. Half a dozen executives sat around the boardroom table, and shortly after Blickstein took his seat, they all introduced themselves. Each of them had impressive CVs, with Ivy League business school educations and decades of senior positions at Fortune 500 companies. Then came Blickstein’s turn.

Before introducing himself, Blickstein considered the position he was in. He didn’t have the same type of background as the others in the room, but he could do his best to strike common ground and speak their language when making his pitch–the kind of approach that a lot of business coaches consider a best practice, and what Blickstein had been doing for years. As Blickstein explained to us, he’d been walking into boardrooms just like this one and packaging his pitch in the way he thought most palatable to the prospect. Presenting to an accounting firm? Talk numbers. The practice had allowed him to maintain a steady business–but only a steady business, not a growing one. He’d win a client. He’d lose a client. It was like treading water, and it had been that way for years.

Why Your Clients Hire You

But a few weeks earlier, something happened to make him rethink his approach. He’d made a pitch to an insurance company to discuss their TV media buying strategy. Because the room was full of actuaries–numbers people–Blickstein highlighted his company’s ability to deliver measurable results with data-driven TV media buying. He managed to get the business, but at the end of his presentation, the CMO pulled him aside and asked him, “You know why we hired you?” As Blickstein thought about the question, the CMO continued, “We hired you because you’re not an actuary. We pulled you into the room because you’re different, and can offer more than just analytics. We’re not creative. That’s what we need from you.”

The Essential Role You Play

Afterward, Blickstein reflected on the CMO’s question and comments. Blickstein told us that it hit him then that the essential role he plays for his clients is to offer a different way of thinking, in order to scale their company through TV advertising. He’d shown the CMO of the insurance company that he could offer the kind of creative strategy their organization lacked, but perhaps Blickstein didn’t always convey this to his prospects. His approach of trying to appeal to his prospects–to speak their language–tended to showcase similarity, rather than difference, which didn’t address the main element his clients were looking for. And maybe that was why his business wasn’t growing. Maybe he’d win more business, and have a bigger impact on his clients, if, instead of playing it safe, he shook them up–demonstrated he was there to push them out of their comfort zone in order to reach their goals.

So when the executives–that group of Ivy leaguers–asked Blickstein to give his background, he began, “I started my agency 13 years ago, because I couldn’t get a job. I was un-hirable….” It was an answer that threw into high relief the fact that Blickstein was not one of them, and it caused them all to take notice.

Blickstein would play up his differences throughout his presentation, making it clear that if they hired him they were going to get somebody who didn’t think like they did, who would challenge them, and take them new places. He would learn days later, when they called to give him their business, that that’s exactly what they wanted from their advertising agency.

It would prove to be what lots of other organizations wanted, too. By taking this new approach to his business, Blickstein finally began to see growth in Home Run Media–a lot of it. He would triple his business over the next year. And, as of our conversation with him, he had either doubled or tripled his revenue each year since.

For Blickstein, the big breakthrough came from understanding why his clients hired him and the role Home Run Media plays in their lives…and making sure he plays that role right from the get-go–from the moment he steps into a prospect’s office and throughout the duration of their relationship. Blickstein would win more business, but he would also deliver more value, because once he cast his role as the entity that thought differently, he pushed himself and his agency to go further in that direction. If the client was analytical, he’d push the boundaries on creative thinking for them, even when discussing data-driven results and accountability. If the client was creative, he’d play the analytical. He’d flex to whatever the opposite was, because he understood that he was being paid to test their limits. In both cases, he’d encourage clients to get out of their comfort zone, to take risks. And frequently this translated into wildly successful ad campaigns.

As Blickstein said to us, “If you really understand why you’re there, why your clients hire you, and you zero in on that, you can unlock a tremendous amount of growth in your business.“