Posted by Jamie Schneiderman on August 10, 2015 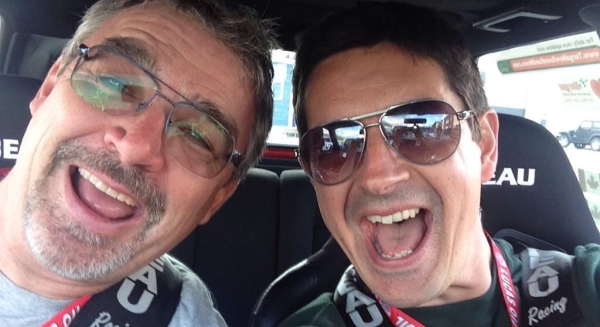 In 2009, Simon Tomlinson and Stewart Wigg, the cofounders of Bluesun, a technology consulting business, came to a disturbing conclusion–they had created the wrong company. They had gone into business eight years prior with the dream to build a thriving market leader, but had ended up with a small lifestyle business. It was a conclusion that prompted Tomlinson to ask his partner a scary question: “Is the dream over?”

The dream began for the two men in 2001, when they founded Bluesun in the basement of Tomlinson’s new home in Canada. Both men were expats from the UK, where tech solutions had transformed the financial services industry by helping big enterprises sell more insurance and investment products to their existing clients. Tomlinson and Wigg knew there was a huge opportunity for similar services in North America, where banks and insurance companies were notorious for underserving their customers. Their plan was to take their expertise in cutting-edge customer relationship management solutions and become a leading provider in North America.

Tomlinson and Wigg soon discovered that the financial institutions in the new market moved slower than those back home and that each state or province had its own operating constraints. These differences were going to choke their ability to grow. So they decided, for the time being, to narrow their focus to Canada, with the hope that they could expand faster in a smaller target market.

Unfortunately, even with this narrowed focus, they faced long sales cycles, heavy implementation costs, tough competition for the client’s budget, and so on. As the founders tackled this challenging market, they drew on personal savings, tapped lines of credit, sold assets, and remortgaged their homes–sacrifices that allowed them to hire a few employees, land projects with half a dozen big Canadian financial institutions, move from their basement office into some real space, and–by 2009–break through to seven-figure annual revenue. They were reasonably comfortable, but they were far from being a market leader. And they knew that if they didn’t try something dramatic, something that could break them out of their rut and blow open the doors to growth, they were just going to continue on their slow, plodding path–a path that would never lead to their dream.

But where was this door to growth? As Tomlinson and Wigg tried to answer this question, Wigg brought up the idea of moving down the supply chain: selling their services not just to the couple dozen large national institutions, but to the hundreds of independent distributors and wholesalers who sold financial products through a field force of agents and brokers. This distributor channel represented a big chunk of the financial services market–about half the life insurance sold in the country, for example. Targeting them would be another way into the market, and one with shorter sales cycles. It was an attractive idea…but they had tried it before, with unfavorable results.

A couple years earlier, Tomlinson had approached several distributors. Although the distributors agreed they had untapped potential in their databases, they couldn’t take advantage of Bluesun’s offering. The big stumbling block was that Bluesun’s solutions were designed for organizations like the banks and insurance companies that marketed directly to consumers, which wasn’t something the independent distributors did. They only sold financial products through their agents and brokers, and they didn’t want to consider a solution that undercut their field force. The result: Tomlinson had spent several months without acquiring a single distributor. It was an expensive investment of time, and worse still, Tomlinson and Wigg had to stop paying themselves for a few weeks until revenue rebounded–not an experience Tomlinson wanted to repeat.

That failed attempt was a shame, because Wigg and Tomlinson both felt that moving down the supply chain was really the only path to cracking the market. As they reflected on their experience, it hit them that they hadn’t succeeded because they had merely tried to take what worked at one level of the market and apply it to another. The value didn’t translate. They knew that if they wanted to sell to distributors they had to offer them something designed specifically for how the distributor operated.

Great idea. Big problem–Bluesun’s expertise lay in the front-office side, not the back-office side. They’d have to buy an existing back-office solution. The good news–they had an opportunity to acquire WealthServ, a cloud-based back-office solution for distributors. The bad news–WealthServ was losing a lot of money every single month and had some very unhappy clients. They would be taking on a massive amount of risk. For months, maybe years, they would be operating way out of their current comfort zone. But Tomlinson and Wigg knew that if they could turn WealthServ around, they would inherit not just the back-office software but also a client base of distributors and a flow of revenue–a valuable beachhead in the market. It would finally give them a shot at their dream, and because of that, the two founders decided to go for it.

After purchasing WealthServ in 2009, Bluesun spent the next couple of years securing the existing ten client relationships, improving the software and service, and selling to new distributors. The turnaround was a success–Bluesun’s revenue tripled in this time period and so did its staff. Tomlinson and Wigg felt the time was right to move on to the next leg of their strategy–front-office software that the distributors could roll out to their field force. If they could gain traction with it, Bluesun could truly be a dominant player in the Canadian market.

Bluesun invested heavily in developing front-office software they called SalesDrive, a tool designed to help an advisor double or triple their revenue by showing them which clients were ready to buy which products. In 2012, Bluesun launched SalesDrive with their top distributor client, expecting at least a 50 percent uptake in the field. The result, however, was below 10 percent. A serious setback.

As the founders tried to figure out what went wrong, they wondered if they had made the same mistake as years earlier when they first approached distributors. Maybe they had failed to deliver true value to their target user–in this case the advisor? That didn’t seem to make sense, because Bluesun had involved advisors in their development process. But then Tomlinson remembered some wisdom often attributed to Henry Ford that allegedly went something like: “If I’d listened to my customers, I would’ve given them faster horses, not a car.”

No More Horsing Around

Tomlinson knew the wisdom from the quote was true, and that Bluesun didn’t have the market insights it needed at the advisor level that it had gained at the distributor level. Without those insights, Bluesun was never going to make any headway with solutions that involved the field force. Bluesun’s next move was to hire Ray Adamson, a leading expert in the advisor market who knew how to build tech solutions that fit with advisor behavior. With Adamson on board, Bluesun completely retooled SalesDrive. When they re-launched in 2013 with their leading distributor, uptake was over 90 percent. This was a clear sign that Bluesun now had the capacity to add value up and down the supply chain–from institution to distributor to the salesperson in the field.

It was at this time that Bluesun began to expand rapidly at all levels of the market, with distributors providing not just access to their field forces, but to the institutions that supplied them with the financial products.

Today, with a team of over 40 employees, Bluesun works with more than 50 institutional and distributor clients, and more than 17,000 advisors use one of its products daily. Fifty percent of life insurance products handled in the independent distributor channel in Canada now go through Bluesun’s technology, a metric that indicates that Bluesun has become a dominant player in its market.

How to Move Along the Supply Chain

We at ClearFit loved the Bluesun story because in our years of helping startups find the right people to grow, we have run across several ventures that have struggled to succeed at moving along the supply chain. Many of the ones that have struggled have tried to do what Bluesun first attempted–to take what works with one market stakeholder and apply it to another. As Bluesun discovered, a successful execution involves ensuring you have the insights you need to create distinct value for the new stakeholder. However, it’s important to recognize that Bluesun didn’t just acquire random software for the distributor; it acquired back-office software that it could later leverage with its expertise in front-office technology. This adds greater value not just for the distributor, but for the other stakeholders in the supply chain–the field force and the institution.

Moving along the supply chain isn’t the easiest strategy to execute, but if you can pull it off as Bluesun has, you can become a dominant player in your market.

This post, “The Brave Strategy That Finally Helped These Two Startup Founders Dominate Their Market” appeared first on Inc.