Posted by Jamie Schneiderman on April 2, 2015 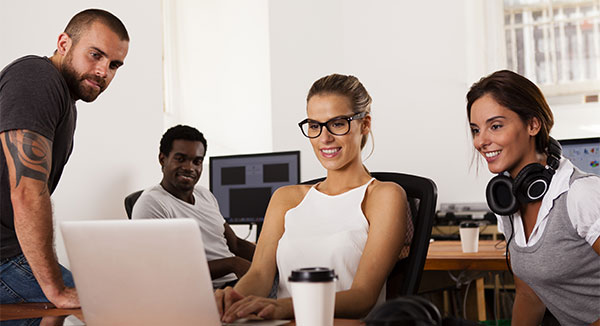 This post “The Secret to Building Sales Teams” appeared first on Inc.

Sure, maybe YOU can sell, but can you scale a sales team? If you want your business to grow, you have to figure out the scaling part. For a lot of entrepreneurs, that’s the barrier that keeps them from growing an organization beyond their own ability to get customers.

To search for the secret to scaling, we began interviewing leading entrepreneurs who have all built wildly successful sales organizations. After over a dozen interviews, we discovered something they all had in common. However, before we get there, let us share the lessons from three of them.

HubSpot is the world’s leading inbound marketing and sales platform with 11,500 customers. That’s today, but back in 2006 when there were no customers, the founders brought in fellow entrepreneur, Mark Roberge, to do the selling. Working part-time for a year, he helped make the first 50 sales himself. Then came the job of scaling a sales team. With zero experience doing that, Mark turned to his MIT training as an engineer to guide him.

Mark started by putting his own sales process under the microscope, analyzing every step. From there, he developed a repeatable model that others could easily follow. After hiring his first sales reps, he obsessively measured their activity and results, and analyzed the traits of his top performers. As the team grew, so did the data, and so did Mark’s ability to optimize. With his relentless focus on analytics and metrics, he would grow his team to 450 by 2013, achieving a $90-million revenue run rate.

The Developer: Paul Jackson, Founder and CEO of Method:CRM

Today, Method:CRM, a cloud-based customer relationship management software, is the top rated app in the Inuit App Center. But back in 2010, the year he founded the company, Paul Jackson was trying to figure out how to build his sales team. He was an entrepreneur and developer, one who followed a philosophy that stresses rapid adaptation to the customer’s evolving needs. So he decided to scale Method’s sales team like a developer. For Paul, this meant that how the team operates, what type of salespeople to hire, and what their roles are would constantly evolve according to what the customers needed, when they needed it. It’s a strategy that has resulted in Method garnering the most reviews in Inuit App Center.

The Marketer: Mike McDerment, Co-Founder and CEO of FreshBooks

In 2014, FreshBooks, a cloud accounting solution which has helped more than 10 million users process billions of dollars, raised $30 million in funding. Flashback 10 years earlier and we find the CEO and co-founder, Mike McDerment, a year into running the company, operating out of his parents’ basement, and serving 10 customers that all-told generated $99 a month.

Not the hottest opening year, but FreshBooks was doing something that Mike believed would eventually drive massive sales, and that was always, without exception, delivering an extraordinary experience to the customer every time they interacted with the company. This fanatical obsession with customer service came from Mike’s days of running a design firm, when he had personally seen that if you wow your customers, they’ll tell others.

To ensure that the whole company revolved around this commitment to service, no matter how large FreshBooks got, Mike insisted that everyone who joined the company–yes everyone, CMO, junior developer, copywriter, everyone except the company canines–spend a month on the support team, learning the product, taking calls from customers, understanding their pain. The policy has created a company culture focused on serving the customer. In 2014, FreshBooks won the gold Stevie award for sales and customer service. And no surprise: referrals are, and always have been, the number one source of new business for the company.

As you may have guessed by now, the common element across all the entrepreneurs we interviewed is that each of them propelled their business to unrivalled success by looking at the problem of scaling sales through a highly personal lens. Some of them had never scaled a sales team before, but they all really cared about finding a solution that worked for their customers, and they had the courage to draw on their unique strengths to do just that, despite a lack of experience. None of them borrowed someone else’s way of tackling the problem. That’s the big lesson we took from their examples—not to do it the Roberge way, or the Jackson way, or the McDerment way–but your way. Keep it personal.

Why Hiring Someone From a Well-Known Company Can Backfire