Posted by Jamie Schneiderman on October 22, 2014 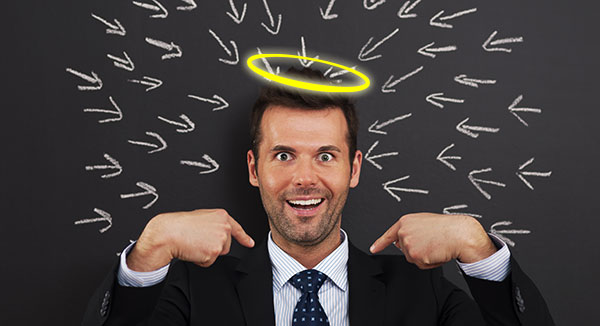 A team full of good people is an admirable goal for any leader. But there’s a common psychological trap on the road to a goal like this that has snared many a well-meaning hiring manager, including Martin, who works at an IT services company.

Soon after joining the company, Martin posted a job for an account executive to add to his team of five. Because Martin had worked at places with lots of politics and backstabbing, he was determined to only hire employees who were not only great at their job, but also enjoyable to work with.

After sifting through the applications, Martin made his short list of candidates to interview. One of them was a guy named Cam, who had a strong resume—over eight years’ experience at a couple of reputable companies.

Right off the Bat

Cam came into the interview room with a warm smile and lots of positive energy, impressing Martin right off the bat that he was the kind of good person Martin was looking for. Martin also found Cam easy to chat with and within minutes they discovered a few things in common, including an interest in history and travel.

During the rest of the interview Martin probed on some of the key account executive skills and traits, like problem solving and dealing with client emergencies. Martin scored Cam high on everything he asked about. Because Martin couldn’t see how Cam could possibly disappoint, he ended up offering him the job.

A few months after Cam started, two of Martin’s other account executives spoke to Martin privately about various concerns they had about Cam, including the fact that he booked the fewest appointments, made the fewest calls, and had the lowest results on the team—by a long shot. They found it demoralizing. Martin countered their grievances with the fact that Cam was still pretty new and would soon begin to shine. More months went by and the shining results never appeared. After a couple more interventions from other team members, Martin at last admitted he had hired a dud. He soon let Cam go for non-performance.

Martin would eventually discover during a hiring webinar the cause of his mistake—a common hiring trap known as the halo effect. In short, the halo effect describes our tendency to think someone is good in lots of areas if they’ve impressed us in one area. In Martin’s case, Cam’s winning smile and positive energy made Martin predisposed to thinking Cam would have the other qualities Martin was looking for. The fact that they had things in common further amplified the halo effect, which is why Martin overrated Cam on all the traits they covered in the interview.

It’s easy to think that Martin was a dupe and that we would know better, but we’re all susceptible to the same trap, especially with people we like or with whom we feel some sense of familiarity. Martin had also put himself at risk by focusing on his goal of hiring good people. As soon as Cam seemed to meet that requirement, Martin made a premature judgment, anchoring his assessment of Cam.

While it’s hard to control our inherent tendency to make quick assessments of people, we can control our hiring process to help neutralize the halo effect. So, Martin began to incorporate several practices into his hiring methods.

No matter what he immediately thought of a candidate, Martin made sure to dig deep on every single key skill and trait required for the role. He also documented his evaluation of the candidate on each aspect, using a scale of one to four. This encouraged him to be more thoughtful and objective. Plus, the four-point scale ensured that he expressed an opinion about a candidate, rather than simply pick a neutral middle option. These were all things Martin hadn’t done with Cam, because he was so enamored by him.

Martin had other team members interview candidates. We’re not all going to be impressed by the same things about somebody, so there’s a good chance one or more of the other interviewers can provide a less biased perspective. But there’s also the chance that someone’s halo will draw everyone in, so don’t assume a unanimous yes is without prejudice. Again, a uniform candidate scoring scale for all interviewers helps here.

Perhaps the most important thing Martin did was ask every applicant to complete something called a job fit questionnaire to determine whether or not the applicant’s personality and motivation are a fit for the role. The questionnaire, which is based on science and data, is by nature unbiased, and completely impervious to the halo effect—allowing Martin to objectively predict how likely a candidate is to succeed on the job. These days, because a job fit questionnaire is inexpensive and easy to administer, employers can introduce it early in the hiring process before any human involvement—in other words, before any bias gets a chance to influence the decision.

By implementing these new steps into his process, Martin has been able to weed out candidates that may have slipped through before. The person he eventually brought in to replace Cam is now one of his top performers—and a good person too.

Discover how a scientific questionnaire can help you overcome the halo effect.

Find out how to easily identify applicants who distort the truth.