Posted by Jamie Schneiderman on January 5, 2015 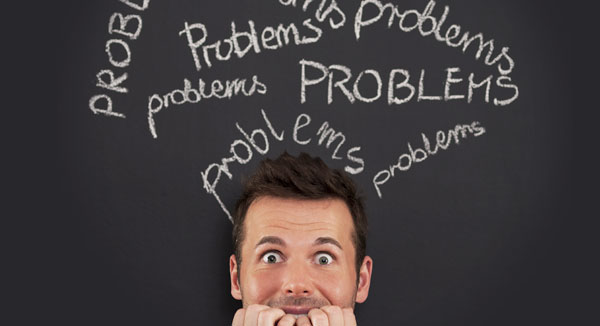 If you’re trying to build a world-class team and you’re the head of a contact center, you’d think that you’d want to hire employees who are passionate about delighting customers. That’s what Sheryl, the new manager at a contact center for a tech company, thought.

When Sheryl joined the tech company, she set herself the goal of leading the highest performing contact center for the company, which had over half a dozen such centers. She wanted to set new records for various metrics like customer satisfaction and loyalty.

It was an ambitious goal, but Sheryl knew that the company didn’t have the best reputation for its contact centers. So there was lots of room to improve. She was also confident in her strategy—focus on hiring people with strong service orientation and a deep passion for delighting customers. Set the highest standards for those qualities and don’t waver on them—that was her plan.

Two months into building her team, Sheryl began to notice something disturbing—her weekly numbers for caller satisfaction and loyalty were dropping. At first Sheryl chalked this up to the fact that many reps were still in the middle of the onboarding process. But as the weeks ran on, the numbers dropped further. If the trend line continued, her team would end up scoring near the bottom. Sheryl was mystified, and more than a little worried.

Around this time, a friend of Sheryl’s referred her to ClearFit to help with her hiring efforts. During a call with a ClearFit Hiring Coach, Sheryl confessed that her team was underperforming and that she was eager to hire the best possible candidates to turn things around. When she stressed that she was looking for people with superior service orientation, the coach asked her what exactly the reps were responsible for.

A matter of distinction

After Sheryl fleshed out the rep’s role, the coach pulled up success profiles for similar roles and explained to Sheryl that the profiles actually emphasized a different trait—problem solving. As the coach further explained, this role’s benchmark score for service orientation was relatively low compared with its requirement for problem solving.

The distinction between service orientation and problem solving is a key one. If someone is service oriented, they have a strong desire to help customers. For some types of roles, that might be enough—so long as the rep can quickly find the solution to the customer’s problem. If it’s a matter of some tips or tricks, a service-oriented person would do well in the role. But if the customers’ problems vary frequently, if they’re complex, and if they’re often new problems for which there are no existing solutions, then service orientation isn’t going to cut it.

What they really want

In that kind of situation, if you’re the person calling into the contact center, you don’t really care how much the person wants to help you. What you care about is whether or not they can actually help you. More than anything—more than a welcoming phone manner from a well-intentioned rep—you want the solution, the quickest way you can get it. And you’re only going to get that from someone with a proven ability to define problems, analyze them, and then solve them. Turns out that these puzzle solvers don’t always score high on service orientation.

The mistake Sheryl made is a common one, not just for contact centers, but for any type of team. There are lots of myths out there about which traits are important for certain roles. In many cases, the reality is often quite different, hidden, or even counter-intuitive. If you want to build a world-class team—no matter what the role or roles—it’s vital to know exactly which traits lead to job success. Fortunately, this doesn’t have to be a guessing game. There’s tons of data on what it takes to succeed in thousands of different roles, and that data is available to any small business owner, leader, or hiring manager.

After her call with her hiring coach, Sheryl did some more investigation into the type of person she needed for her reps. She eventually revised her strategy and instead of trying to hire people with the highest customer service orientation, she focused on building a team of the best problem solvers. She also revamped her entire screening and interview process to probe on this critical trait. The people she began to hire based on this strategy were very different—often less extroverted and less personable—but they could solve the knottiest problems her customers called in with. And they could solve them fast.

After rebuilding her team, it didn’t take long for the numbers to jump. To date, Sheryl’s team is on target to lead the company in customer satisfaction and loyalty.

Find out how to easily identify applicants who distort the truth.